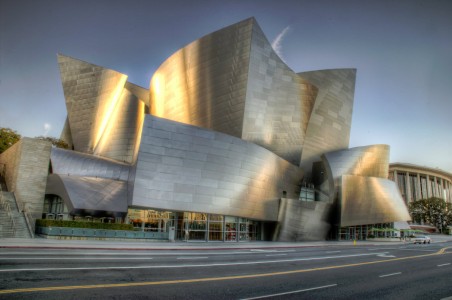 The Walt Disney Concert Hall is one of the finest concert halls in the world.  It was constructed with grace of the generous donations from Walt Disney’s wife, Lillian Disney.  There were a host of other contributors to make this marvel but the Disney family by and large contributed the large majority of funds to complete the project.

It is located in Los Angeles and is where the Los Angeles Philharmonic performs.  It is touted as having some of the best acoustics in the world since the entire building was designed specifically for this use.  Famed architect Frank Gehry designed the structure whose look is just as magnificent as its acoustics.

See all jigsaw puzzles based on Neil Kremer's photographs.