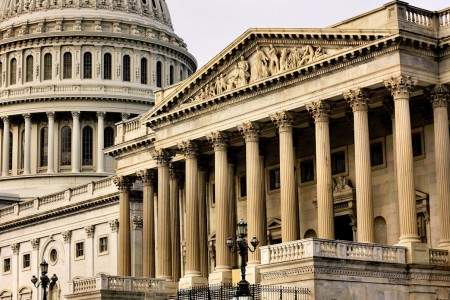 The United States Capitol is one of the most instantly recognizable buildings in the world and sits at the eastern end of the National Mall in Washington DC. The Capitol building and its huge dome, which rises almost 300 feet, were completed in 1793 and the cornerstone was put in place by George Washington himself. The Capitol building has become one of the best known symbols of the US, and throughout its 200 year history has been the home of the country’s legislature. In addition to being an office building for the United States’ representatives and senators, the US Capitol building also contains an important collection of American art and it is considered an architectural masterpiece. The US Capitol, along with its new state of the art visitors’ center, attracts millions of tourists every year. This jigsaw puzzle shows the eastern wing of the US Capitol and a partial view of its dome.

See all jigsaw puzzles based on Phil Roeder's photographs.