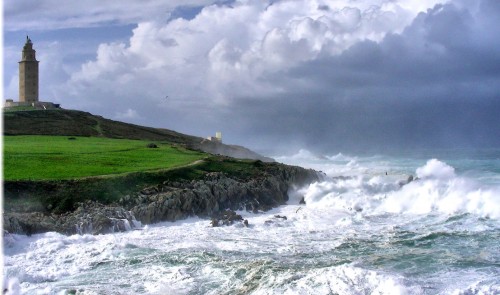 The word lighthouse conjures up a picture of something comfortably quaint. But how old are lighthouses really? Two hundred years? Two thousand? These guesses would both be wrong. This jigsaw puzzle features a scene taken along the northwest coast of Spain where stands the mighty Tower of Hercules, the world’s oldest surviving lighthouse. It has been in continuous use since the Romans built it during the second century. Yet even this majestic 180-foot tall Tower of Hercules was not the world’s first lighthouse, or its mightiest. The lighthouse at Alexandria, one of the lost wonders of the ancient world, was built 500 years earlier and estimated to have risen 390 to 450 feet into the sky.

See all jigsaw puzzles based on Jose Luis Cernadas's photographs.