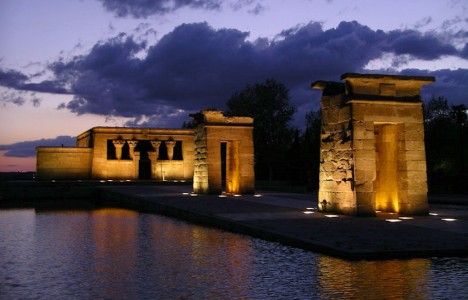 This jigsaw puzzle features one of the few examples of ancient Egyptian architecture that stands in full splendor outside of Egypt: the Temple of Debod. With the construction of the Aswan High Dam, many archaeological sites became endangered, and the Temple of Debod was moved to Madrid, Spain.

The Kushite King Adikhalamani began the Temple’s first construction in the early 2nd century, BC. Originally dedicated to Amon, Ptolemy VI, VIII and XII would extend the scope and magnificence of the site. With a great deal of emphasis on the popular goddess Isis, the temple continued to be worked on through the Roman period.

See all jigsaw puzzles based on Michael Chlistalla's photographs.