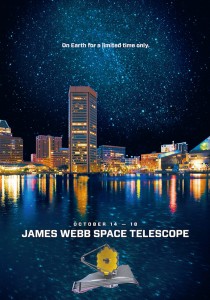 This jigsaw puzzle shows part of the poster used to promote the exhibit of the James Webb telescope at the Maryland Science Center near Baltimore’s Inner Harbor.