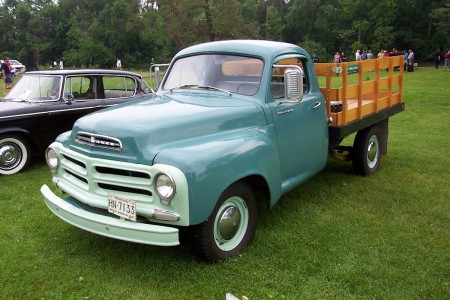 The 1956 Studebaker Transtar truck, featured in this jigsaw puzzle, is the first of a series of pickup trucks introduced in the 1950’s and 60’s. Although the basic styling of these trucks dates back to the 1949 models, changes were made in 1954 and 1955 to its engineering and styling. These trucks were available in 1/2 ton to 2 ton heavy duty capacities, and most were built with very powerful engines. Factory-built pick-up bodies were available on the three smaller models of the Studebaker Transtar. Today, though rare, these trucks can still be found from second-hand dealers, generally coming in a combination of retro color tones.

See all jigsaw puzzles based on John Lloyd's photographs.