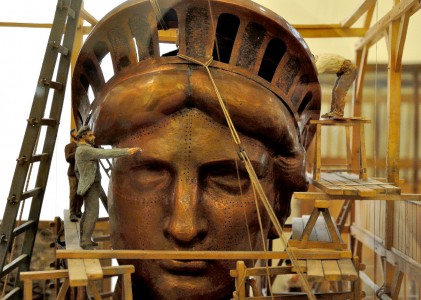 A model of the construction of the Statue of Liberty. The model resides in the Museum of Arts and Crafts in Paris. The original statue was built in Paris over a period of years in the late 1800s before being shipped to America. The statue’s head was completed first and was placed on display at the Paris World’s Fair in 1878 as shown in the following photo. See all jigsaw puzzles based on andre ALLIOT's photographs.