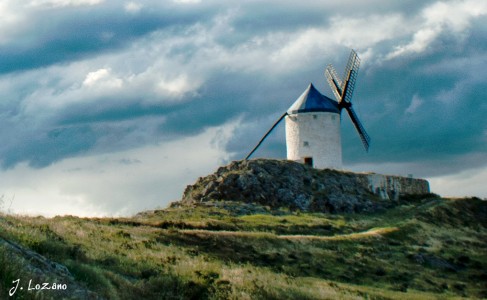 The town of Consuegra in central Spain is famous for its windmills, one of which is shown in this online jigsaw puzzle. The Consuegra windmills first became well known when Don Quixote was published in the 1500s, and they remained in use until the 1980s. The windmills were used for grinding grain, usually wheat, and they are still a tourist attraction today.

See all jigsaw puzzles based on Julián Lozano's photographs.