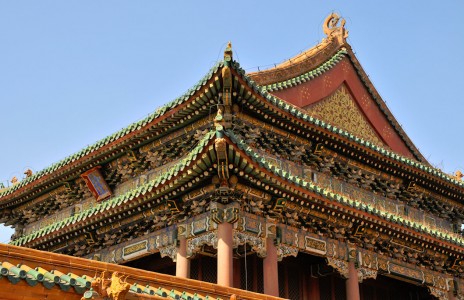 The Shenyang Imperial Palace in Shenyang, China, is a UNESCO World Heritage Site and the only remaining royal palace outside Beijing’s Forbidden City. Dating back to 1625, the palace has over 300 rooms, impressive halls, beautiful courtyards and stunning pavilions. Its architecture is a mix of several different styles and it is home to a large amount of relics including ancient swords, and paintings, sculptures and other works of art. The three-story Phoenix Tower looks over the courtyards, but the most important part of the palace is the Chong Zheng Dian, a hall where the emperors of the Qing Dynasty ruled and held court.

See all jigsaw puzzles based on Tscherno's photographs.