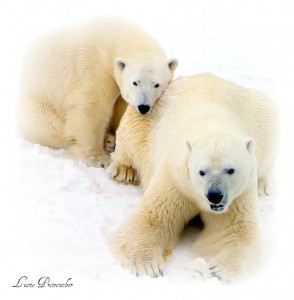 The polar bear, as shown in this jigsaw puzzle, is the largest carnivore in the world. They live in the Arctic region and though they are born on land, they actually spend much of their time in the sea and on the ice, which explains their nickname, the sea bear. The favorite food of the polar bear is seals. The bear waits by a seal’s breathing hole in the ice and then catches the seal with its paw when it comes up for a breath. Polar bear populations have been decreasing since the late 1980s due to an accelerating loss of suitable habitat, which scientists believe is a result of global warming.

See all jigsaw puzzles based on Lucie Provencher's photographs.