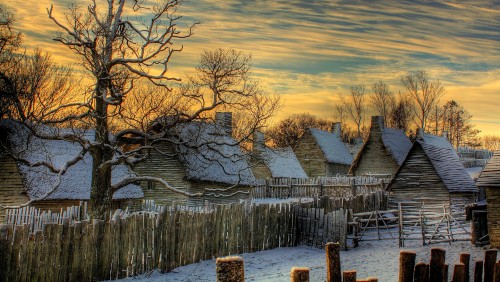 Plimoth Plantation is a living museum in Plymouth, Massachusetts that shows the original settlement of the Plymouth Colony established in the 17th century by English colonists, some of whom later became known as Pilgrims. [Wikipedia]

Jigsaw puzzle subject image credit: Special thanks to Jack Costello for granting permission to use this photograph as a jigsaw puzzle. Visit Jack Costello's Flickr photostream.

See all jigsaw puzzles based on Jack Costello's photographs.