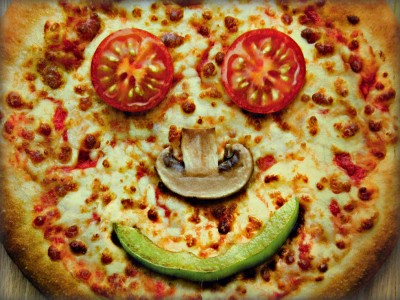 Have you ever had a pizza that smiled back at you? This jigsaw puzzle features a pizza that does just that. Of course, the smile and the rest of the pizza probably did not last long.

Although pizza-like foods were prepared by ancient Greeks and Romans, the food we know as pizza today was first concocted in Naples, Italy in the late eighteenth century by people who started putting tomatoes on their flat bread. Italian immigrants introduced pizza into the US, but it did not become popular outside of Italian communities until after Word War II. Veterans of the war who served in Italy popularized pizza when they returned home as a result of discovering the food during their time in Italy.

See all jigsaw puzzles based on UggBoy's photographs.