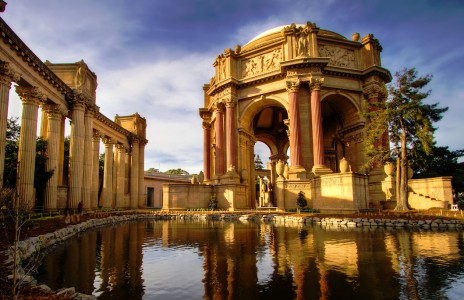 The Palace of Fine Arts is a longtime San Francisco attraction. The city’s beloved landmark recently underwent a seven-year renovation and has now reopened to the public. Not only have the rotunda floor and dome roof been replaced, but new entrances and pathways have been added.  However, the nearly 100-year-old building still has its original structure meant to resemble a Roman ruin with its own lake reflection, as shown in this jigsaw puzzle.  The site houses all kinds of events from comedy show fundraisers and cultural studies lectures to jazz concerts and film festivals.  It is also a popular site for wedding photographs and proposals.

See all jigsaw puzzles based on Agustin Rafael Reyes's photographs.