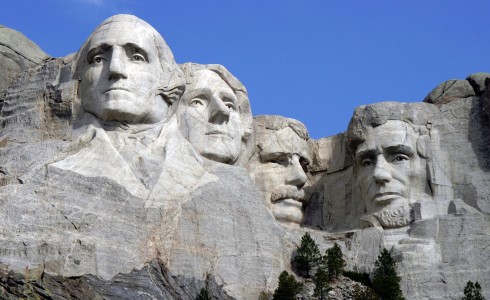 The memorial was federally funded and construction began in 1927. But by 1941 funds for the project had dried up as the country had been enduring the Great Depression for more than a decade. As a result of the lack of funding, the project was never completed. The four 60 foot high faces were finished, but the original concept was for a much larger work depicting the presidents from head to waist as shown in the scaled down sculpture pictured below. 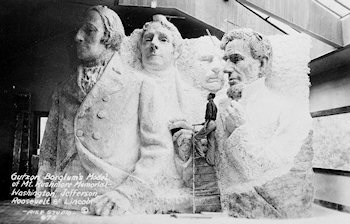 See all jigsaw puzzles based on Dean Franklin's photographs.