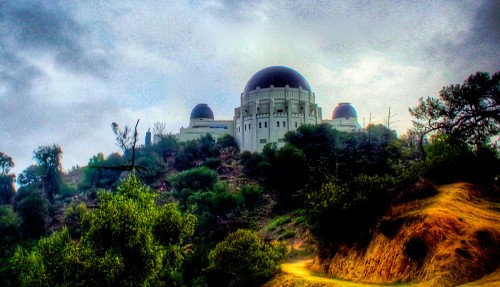 The Griffith Observatory sits on a south facing mountain slope of Mount Hollywood. Col. Griffith J. Griffith donated the site to the City of Los Angeles along with funds in his will to build an observatory, planetarium, and exhibit hall. The displays are space and science related, and the assortment has become rather extensive since the first visitors arrived in May of 1935. Griffith Observatory has turned it into a very popular Southern California tourist attraction. Col. Griffith also requested that the exhibits of the observatory include a display on evolution, which was open from 1937 into the 1960’s.

See all jigsaw puzzles based on Graham's photographs.