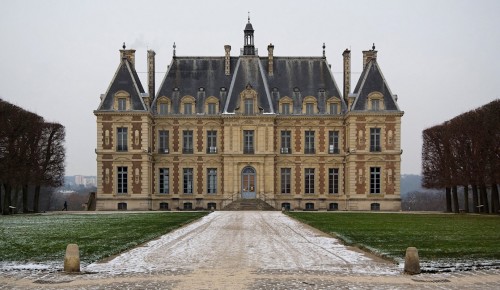 This jigsaw puzzle shows the facade of Sceaux castle or (in French) the Chateau de Sceaux, a Second Empire (late-19th century) palace built a little over 6 miles south of Paris. The original 17-th century castle was destroyed during the French revolution, but some outbuildings of the period remain. The present structure is designed to evoke the architecture of the Louis XIII period. It houses the historical museum of the Isle de France, the region that includes Paris itself.

Access to Sceaux castle and the surrounding park and grounds is free. In the summer, visitors can enjoy a classical music festival.

See all jigsaw puzzles based on Besopha's photographs.