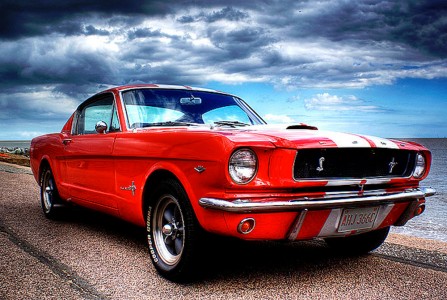 This jigsaw puzzle features a Ford Mustang Cobra. This high performance vehicle was designed and built by Ford’s Special Vehicle Team in limited quantities. It was first produced in 1980, (as a prototype car) but found success, popularity and prestige repeatedly in all of its successive models from 1993 through to 2004. Although Ford already has a high performance version of their classic muscle car in the Mustang GT, the Mustang Cobra was designed to be a higher end version meant specifically for those who wanted uncompromising performance from a mustang model. To that end, Ford also created and sold an even higher performance version of the Cobra, labeled the Cobra R. This vehicle was released on three occasions, and as it was designed to be as close to a race car as a street car can get. It came with a factory rear seat deletion, and weight-adding amenities such as air-conditioning were not available.

See all jigsaw puzzles based on Steve Arnold's photographs.