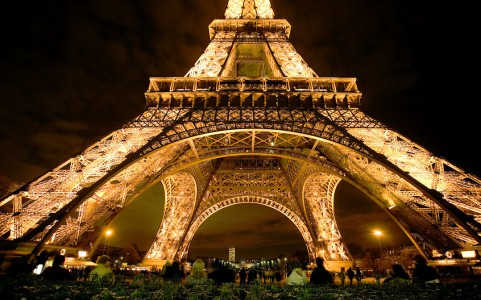 This jigsaw puzzle features the base of the Eiffel Tower lit up at night. The Eiffel Tower can  be found on the Champ de Mars in Paris and is the tallest structure in the city.

Many visitors go up the tower each year. There are three different levels where people can climb stairs and take elevators to get breathtaking views of the city. There are even restaurants on the first two levels.

The Eiffel Tower was originally built around 1889 and was built as the entrance for the World’s Fair. Many people viewed it as an eyesore at first, but it has since become a much loved fixture in this magnificent city.

See all jigsaw puzzles based on Christopher Michel's photographs.