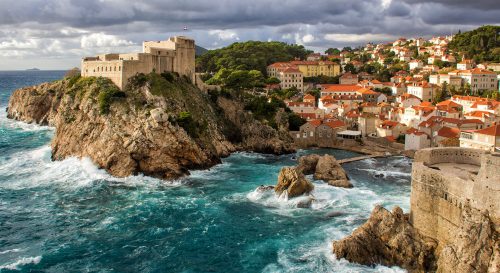 The rocky shore of the city of Dubrovnik in Croatia. Dubrovnik is used as the setting for the filming of the city known as King’s Landing in the popular television series Game of Thrones.

See all jigsaw puzzles based on Brendan van Son's photographs.