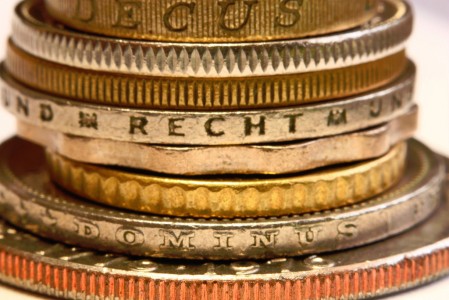 Coins have been a staple in currency across the globe for thousands of years, and their history is both rich and mysterious. Most experts believe the first minted coins were used in China around 1000 BC In this time, however, cons were very rare and only used among the imperial and rich. The lower classes still relied on shell currency for trading. The kingdom of Lydia (now part of modern day Turkey) is often cited as the first place where coins were backed by the government and used by all classes at around 660 BC. Use of coins reached Europe around 550 BC and has remained popular ever since. The coins shown in this jigsaw puzzle represent various currencies and denominations.

See all jigsaw puzzles based on Ruben Alexander's photographs.