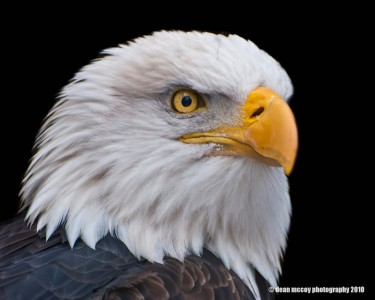 The bald eagle is one of the most stunning and magnificent birds still alive. Found primarily in North America, this bird of prey can have a wingspan of up to seven and a half feet. Bald eagles feed mostly on fish, but they have been known to hunt other animals on occasion. The bald eagle is also sometimes known as the American eagle and is the national symbol and bird of the United States. The magnificent bird you see in this jigsaw puzzle is a skillful hunter and has a general lifespan of thirty years in the wild. The bald eagle plays an important role in Native American history, culture and ceremonies and is revered and respected.

See all jigsaw puzzles based on Dean McCoy's photographs.