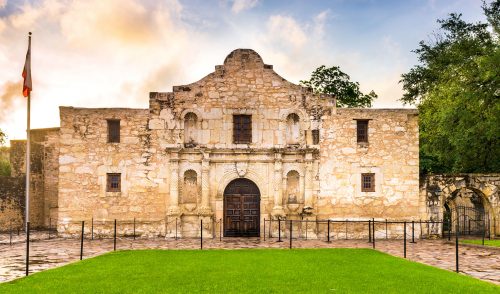 The Alamo Mission in San Antonio, Texas was originally constructed as a Spanish mission for the Catholic church in the 1700s. However, it is best known as the site of the Battle of the Alamo between Texans and the Mexican army in 1836 (before Texas became part of the United States).

See all jigsaw puzzles based on Sean Pavone's photographs.